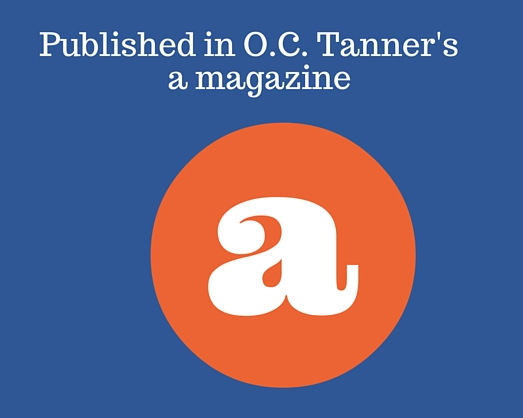 Early in my career I was part of a team responsible for putting on an annual employee event. It was huge; thousands of employees from around the United States attended. Our team was small and the workload—especially during the week of the event—was overwhelming.

A few weeks after the event, our senior leader invited us to her house for an afternoon meeting to debrief the event. We were a bit wary, and after months of working overtime, we were weary as well.

When we arrived for the meeting we found that (along with her assistant’s help) this senior leader had converted her house into a day spa. Lunch was served on the back deck. There may have been champagne. A seated chair massage was available for those who wanted one. And, there were two people from a local salon giving free pedicures. Our leader kicked off the off-site meeting by celebrating and recognizing all the team’s effort and hard work. Thanks to this mini-retreat, our small but mighty team left that day feeling rejuvenated and inspired.

That was more than 15 years ago, but recently in my Facebook feed, as well as in the New York Times, I’ve read about businesses that are once again taking groups of employees on retreats.

Click here to read the entire article at O.C. Tanner’s ‘a’ magazine.